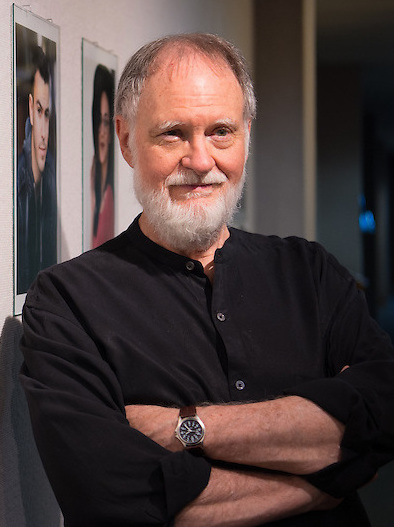 “An alchemy occurs when the outer world is transformed into video: it becomes mind-stuff. I carry this process forward, questioning the nature of reality, exploring time and dimensionality by weaving fragments of the world into new patterns. In this way, video can enjoy the same freedom as painting and music; it can be something, not just about something.” VM

Grants and awards include: A John Simon Guggenheim Memorial Foundation Fellowship, A St. Louis Regional Arts Commission Artist Fellowship, The American Film Institute Independent Filmmaker Award; Seven Fellowships from the National Endowment for the Arts Independent Production Fund; a travel grant from the Government of India and two production grants from Media Arts in Missouri. McElwee was Artist-in-Residence at the Experimental Television Center, Owego, New York.
Other awards include: the Grand Prize at the New Arts Program Biennial, the Experimental Video Award at the Athens International Film and Video Festival; Director’s Choice Award from the Black Maria Festival; Award of Award of Merit from the Sinking Creek Festival; Honorable Mention at Film+Arc in Austria; a Jury Award from the New York Expo and the Center for New Television Consulting Award, three research grants from Webster University in St. Louis and three commissions from the New Music Circle, St. Louis.